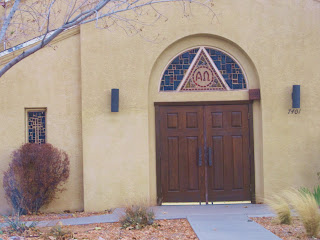 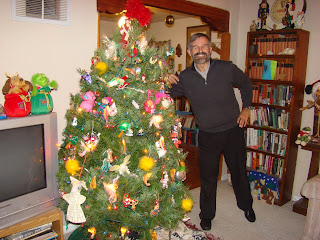 Today I am heading for Albuquerque visiting my friend Trey. Arriving at his house, I excitedly discover I am to help decorate the Christmas trees. Yes, two trees! He has one for the beautiful and treasured ornaments and one for the most bizarre. Trey is the Reverend of La Mesa Presbyterian Church and every year he has a Christmas party for the parishioners of his parish who work for the church. They are asked to bring what they consider the most awful or bizarre ornament and during the Christmas party they vote on the worst, and I will admit, I discovered a fine collect of bizarre ornaments collected over the years.

While in Albuquerque I drop in at the New Mexico Alzheimer’s Association District Office and meet the wonderful people working there.  After giving them an accounting of my trip so far, replenishing my supply of handouts, I am off.  It’s rewarding visiting these offices knowing how far I have driven, I have such a rewarding feeling of accomplishment. 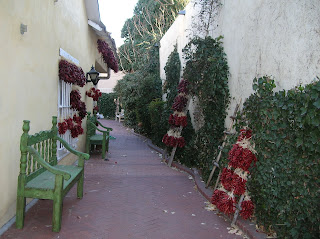 FYI −Albuquerque was once an uncharted territory sought after by explorer Francisco Vázquez de Coronado who was in search of what proved to be a highly elusive legend - the Golden Cities of Cíbola, but instead he found vast, beautiful landscapes and a rich Pueblo heritage. 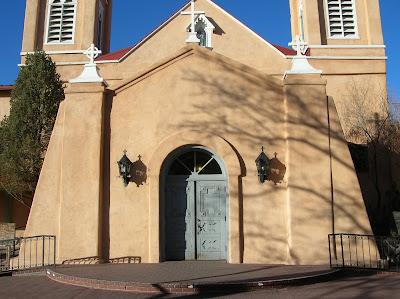 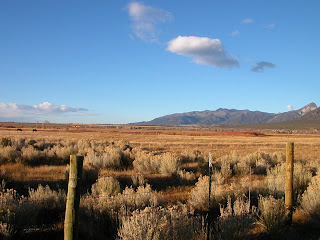 San Felipe De Neri - Oldest Church in Albuquerque has continuously served the community without interruption since 1706. Originally founded and served by the Franciscan Friars, this parish church has been served successfully by the secular clergy of Durango, Mexico since 1817. The Jesuit Fathers and Brothers 1868 and since 1966 has been administered by the secular clergy of the Archdiocese of Santa Fe.


New Mexico has 26 Scenic Byways ranging from 4 miles to 600 miles in length passing through an astounding variety of geography and terrain.  There are 19 traditional communities of Native Americas called Pueblos recognized worldwide for their adobe buildings called pueblos and 3 Indian Reservations managed by Native American tribes under the US Department of Interior's Bureau of Indian Affairs. On my trip to Farmington tomorrow, I will drive through the Jemez Pueblo, the Sandia Pueblo, the San Felipe, and Navajo Nation


Tomorrow I am off to Farmington, New Mexico traveling past the Jemez Pueblo and into the Navajo Nation.

Posted by sandytravels at 2:11 AM 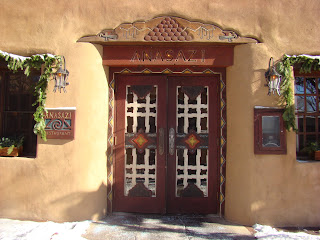 My time in Santa Fe has been very productive. I have nearly finished the book. It’s amazing when you take on a project, thinking it will only take a bit of time, then all of a sudden a year has gone passed since Joe asked me to write this for him. I have sorted through over 300 pictures, received amazing stories from “Pond People” and now I can see the end. Or so I thought!! 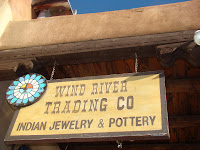 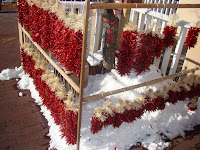 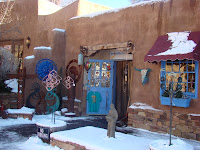 Every afternoon I have been going to the Santa Fe Public Library quietly sitting in the Southwest Historical Room with amazing people doing research on various topics. This room is awe inspiriting. Not knowing the history of the room but curious, I was pleasantly surprised Friday when a group of 3rd graders came prancing into the room and wiggled their way, as only little children can, up to the railing of the second level and their teacher proceeded to tell them the room's history. 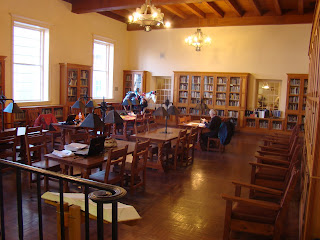 The actual library building is the Berardinelli Building, a former city hall designed by John Gaw Meem in 1936, and the Southwest Room houses a rich and extensive collection of New Mexico state history. These adorable children were given a brief history of the room learning that all the furnishings were made by local artist and given to the library as gifts. The lamps, chairs, beautifully carved walls , railings and ceiling all hand crafted.

This I found very interesting. Just as the group was leaving, the teacher informed them , if they chose to enter the Santa Fe’s King or Queen pageant, this is the room where they would study the state’s history, a pageant requirement. Also, they had to speak two languages of the state, fluently. 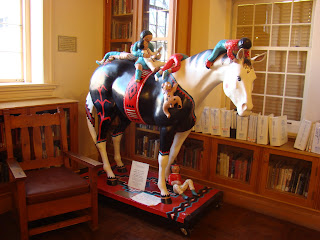 This is a life size Painted Pony named The Story Teller.  The chair next to the pony is the story teller's chair, and the children sit around on the floor listening to the story being told either from memory or from a book.

Leaving the library yesterday I wandered around Santa Fe and heard music. Following the rhythm, the candles and the crowd, I arrived at The Cathedral Basilica of St. Francis of Assisi and the Festival for Our Lady of Guadalupe. These festive dancers, dressed in exquisite garb were celebrating December 12.  According to Mexican tradition, a dark skin virgin appeared to the peasant Juan Diego on December 12th in the year 1531, with the message that a church should be named in her honor. She is known as Our Lady of Guadalupe. The festival is a time for pilgrims to bring gifts and prayers to the Virgin. 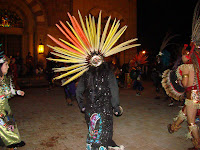 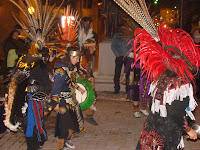 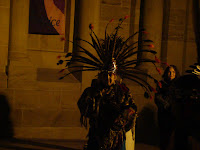 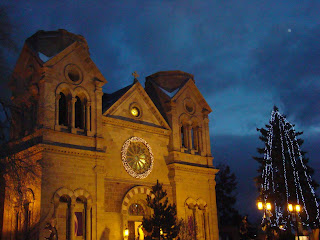 Thank you for your time

Posted by sandytravels at 11:47 AM 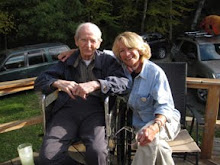